“She feels in italics and thinks in CAPITALS.”

excerpt from Look and See

The taco truck's paint was a chipped yellow with crooked green stripes down the sides, and a ridiculous caricature of a taco man was painted in primary colors next to the order window. The taco man wore boxing gloves and clutched a sign that read Best Tacos in the Land, which wasn't true. The truck had no air conditioning, and the smell of old grease and burnt taco meat served in lieu of air freshener, but unpleasant smells and excessive perspiration couldn't wipe the grin off Simon Whittaker's face. A couple of hours had passed since he'd seen the Welcome to Washington sign, and he was in Evanston city limits.

He'd arrived. And he was going to ruin this place.
Evanston had a population around one hundred thousand, and almost forty percent of that number attended the local university, meaning the city emptied out the minute final exams were over. The surrounding area was mostly farmland and orchards, divided by a slim river. Evanston's downtown lasted six blocks. People drove under the speed limit and held doors open for the elderly while moms pushed strollers. It was the kind of place where people smiled and said hello to strangers. It was the kind of place that saw a new taco truck as a valuable contribution to city life.
A vacant lot served as a premier spot for Simon to set up his truck for business. It sat next to a two-screen theater, and the thick aroma of tacos would appeal to the professional crowd cloistered in the multi-level drab brick buildings of downtown. Ideally, they'd be more interested in his tacos than his long-term plans. Lewis, Simon's number two, had mentioned that he'd heard of two bracelets, but they were potentially the product of rumor. If the bracelets had established owners, they would have tried to run him out of town the moment his tires crossed the county line. And if they did exist, well, he'd have to take care of the bracelets and their wearers, but he'd cross that bridge when he got there.
His motley crew was eager to take assignments. A pair was handed a shopping list, and several others were given reconnaissance assignments. Everyone would meet back up in two hours, giving Simon time to get better acquainted with the area. He started the truck back up and turned left. The downtown area transformed into houses with white siding and charcoal-colored roofs, and those eventually gave way to farmland. When Simon spotted a Rainier cherry orchard, he parked the truck off the main road and grabbed his sketchbook. The trees were thick with fruit bright red mottled with yellow, and a farmhouse sat in the distance. A field of weeds and garbage neighbored the trees, and while the field wasn't much to look at, it offered a stunning view of the city. Simon took a seat in the tall weeds and pulled a finely sharpened charcoal pencil from his bag. He flipped open to a fresh page in his sketchbook, and clusters of buildings, a slow-winding river, and scattered trees appeared beneath his rapidly moving hand. When the city was in place, he pulled a thicker charcoal stick from his bag and began smearing large swathes across the sky, and as he drew, clouds formed and deepened in color. He drew a lightning bolt and sheets of rain, and a flash flickered. Thunder followed.
Simon snapped his sketchbook shut, and a slow grin crossed his face. He'd arrived. 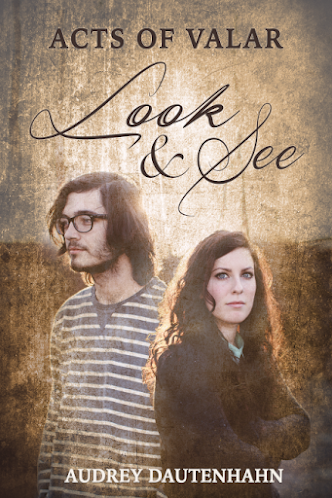 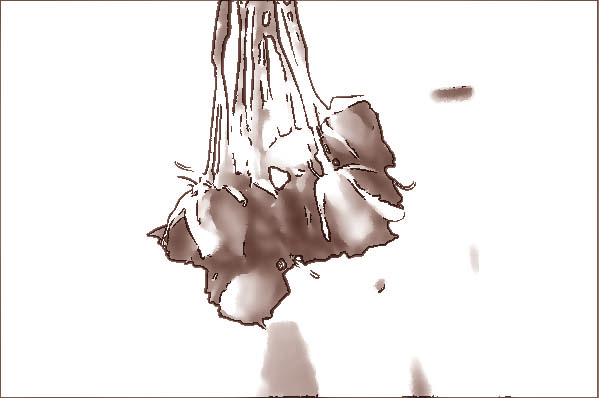